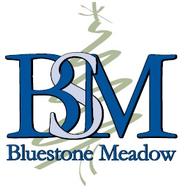 Honeyberry or Haskap berry is a medium to large oblong berry with a similar colour to blueberry, but of various interesting and irregular shapes, depending on the variety.

The fruit is virtually unknown outside its original production areas as it is late to be developed due to its relative isolation during Soviet-era Russia and in remote northern Japan. Commercial production is now slowly increasing in various other countries with suitable climatic conditions, and more widespread production is likely as knowledge of the fruit improves.

The berry grows on a hardy, thick, upright deciduous bush of 1.0-1.8m height and is adapted to the cold, northern temperate climes of Siberia and northern Japan, even existing within the Arctic Circle.

We are no longer growing Pumpkins and are closed in October